WHAT IS AR ZONE APP ON ANDROID? FEATURES OF AR...

People want to understand about AR and AR Zone App in the android phone and use the AR Zone application. AR Zone App is exclusively accessible for the Samsung Android Users which is the system application located in the Samsung folder. AR stands for Augmented reality which provides the user an eyebrow-raising 3D visual experience along with AR Associated features like AR emoji, AR doodle, and AR emoji Studio. AR ZONE app is an amazing application with Augmented reality in the camera, Doodle, AR emoji studio in it.

EVERYTHING YOU NEED TO KNOW ABOUT THE AR ZONE APP

People are connected with the internet and technology is moved so fast in the devices. People are looking for connectivity applications and advanced augmented reality in their devices. You can share your own feelings and express the emotions through augmented emojis in the conversion. You can show the augmented reality in the images, objects in the virtual and construct, engineer, modify and destroy them. AR Zone App provides you AR stickers, Doodle, and Measure the distance through this application.

WHAT IS AR ZONE APP?

AR ZONE software application provides users with AR-related features such as AR emoji and AR Doodles for conversation. AR zone Application allows users to have the choose features and capture fun photos or videos with AR. You can enhance the life experience with a user interface to its users. AR Zone App is available for Samsung devices which more accessible interface will increase the consumer experience. Here are the features of the AR Zone Application in the Samsung Android devices.

In the AR Zone Application, you need to download and update the application. You will get the prominent existence of the AR Zone in the various specifications. You can see these Six features every Samsung user can avail through the AR Zone app. You can include this AR Emoji camera, AR emoji stickers, AR emoji studio, and Quick measure in it. In the Samsung Models, you can measure the 3D scanner in the styling under this segment. Here is a listing of the information about the Augmented reality zone features which give you an idea about accessibility.

In the AR Zone app camera, you can make your own emoji version which will be taking pictures and record videos without hassle using the AR zone camera. It is the best possible features that are integrated into the AR Zone app. You need to take pictures of those who want to make emojis’s version to make and move to the “MY EMOJI” section. Look for the picture person recently closed.

In the Samsung mobile users need to move the head to the home screen to select the camera. Select the options in the more and choose the AR ZONE. You can see Sign “+” in the case to add a new emoji character. Samsung users will be directed to screen with guidelines to use this feature. On the next screen with a single tap to get the AR EMOJI camera modes. You can get the mask version by tapping on the Mask Mode in it.

People love to make Doodle arts or have a prolonged interest in Doodling. You can showcase your skill in the particular feature by creating characters or abstract patterns with the most appropriate practice to reduce the stress level. AR doodle permits the use of extensively including their doodle arts in the background of the clicked pictures. You can have the capacity to track the user’s face which already created doodle art will move when you move or nod head slight Movement change.

In the AR Emoji studio, it is very simple and easy-to-navigate to make animated characters. You can transform your style by changing dress, hairstyle, sunglasses, and even shoes in the Samsung shoes. You can see AR EMOJI APP functions by placing your OWN character by following these instructions. In the AR ZONE APP, you can see the AR EMOJI STUDIO, and create a custom emoji option will be beneficial. You can follow these on-screen instructions which will be prompted in it. you can give make-over in the easy option customization. 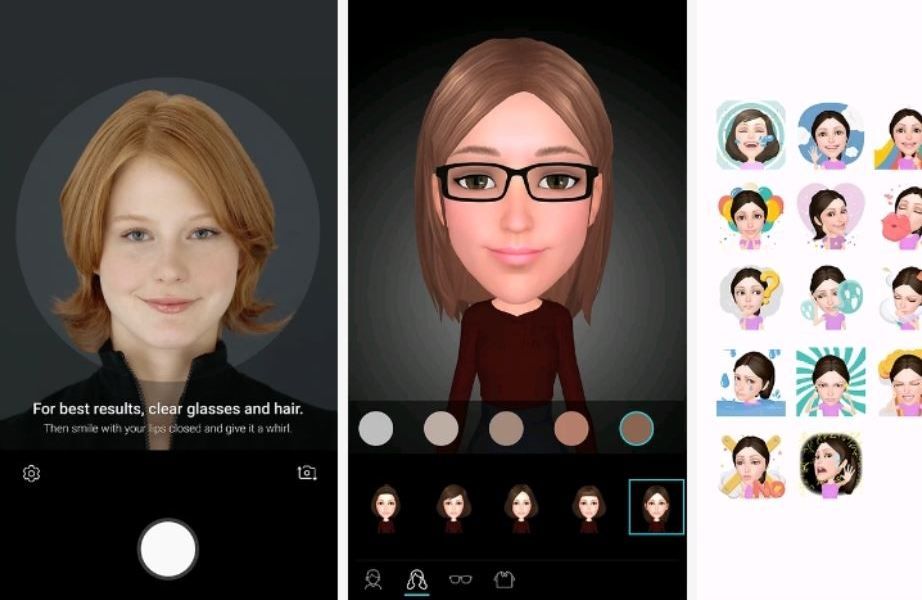 You can easily add the EMOJI Stickers or Animated stickers to your friends, family, or loved ones. You can become more creative by adding lip color, mustache, eye color to the character. You can check out these features in the Samsung devices and users can implement these stickers in the existing photos and videos in it.

In the AR ZONE APP, we have the best feature for these applications to measure the distance, size, and depth of any object by placing a camera and quick measure option in the Application. You can measure the height, distance, and length of the object virtual in it. you can have the Quick measure Option available in the AR ZONE APP with the camera help. You will see these great options by using these applications to measure them.

You can draw 3D figures by utilizing this app

You can now draw 3D figures using this Application in the Samsung Note 10 and 10+. In the preferable pictures of the characters using the S pen which is a similar application with Snapchat. You can use these additional features Apart from capturing filter-enabled pictures in it. you can see these Utilize your Leisure time by accessing this app.

You can explore the unlimited possibilities in the AR ZONE Application by the users to make, engineer, design, and creativity in it. you can see the virtual furniture and other things home essentials in the picture. You can bring up the features of the bright color to your dull face. You can try different styling features in the Studio. You can perform calculations to measure the distance, size, and depth of the object in the Application.